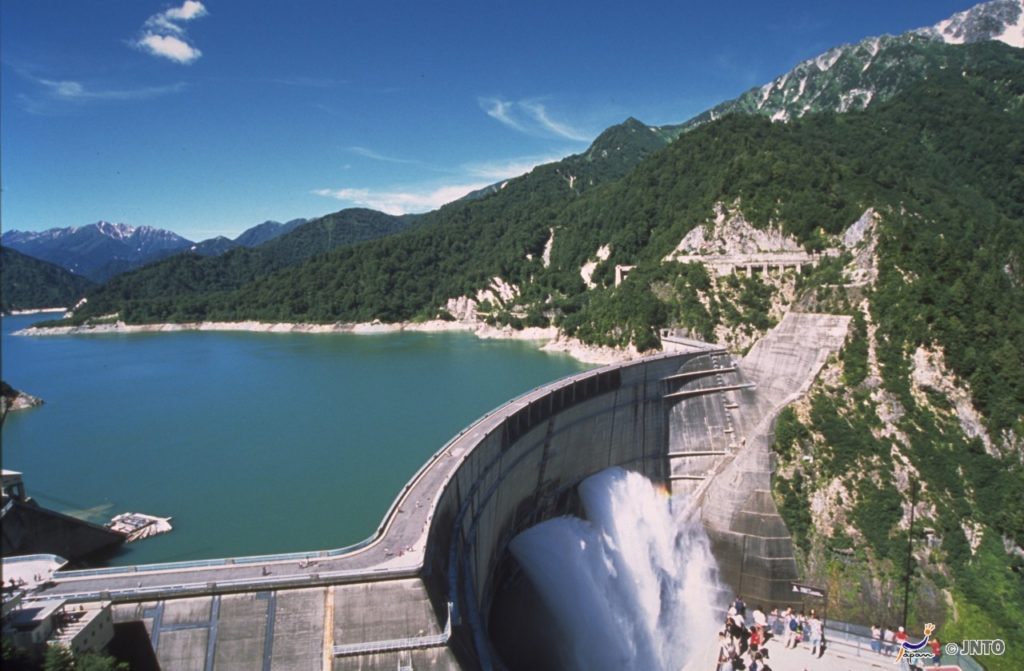 The Japan Water Agency, which operates under the authority of the Ministry of Land, Infrastructure, Transport and Tourism, issues “Dam Cards” depicting some 250 dams that it manages. The cards are supplied free of charge, but are considered rare in the sense that they can only be obtained by visiting its facility which is often located in an out-of-the-way place. Some of the cards can be purchased by enthusiasts via net auctions for around 500 yen each or more. Recently, dams have become targets of criticism as government “pork-barrel projects,” but the Dam Cards appear to be enjoying a quiet popularity.

According to home page of the Land Ministry, “Dam Cards have been produced with the aim of wanting people to know more about dams, and since 2007, the cards have been distributed only to people who visit the dams. The front side carries a photograph of the dam, and the reverse contains such basic data as the type of dam, reservoir capacity, the technology utilized in its construction, and other nuggets of information appealing to dedicated fans.”

The Japan Dam Foundation reports that in 2011 Japan had some 2,800 dams. Their uses, much as dams in foreign countries, include flood control, waterworks, irrigation and hydroelectric power generation. Some are famous tourist destinations in their own right, such as the Kurobe Dam in Toyama Prefecture, whose walls, at 186 meters, are Japan’s highest, and which attracts many visitors in summer. However, as that dam is under management of Kansai Electric Power, not the Japan Water Agency, no Dam Card had been issued until last year. But because of the growing popularity, the limited number of Kurobe Dam cards has been issued during a limited period. Surely the card is bid very high in an Internet auction site.