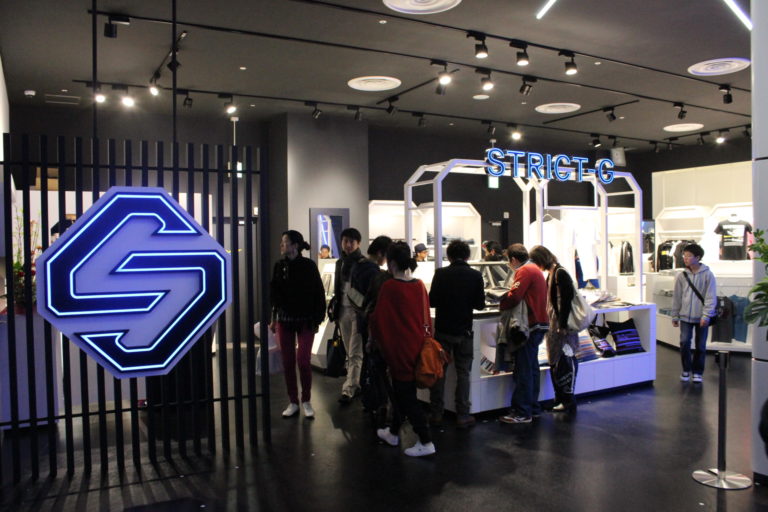 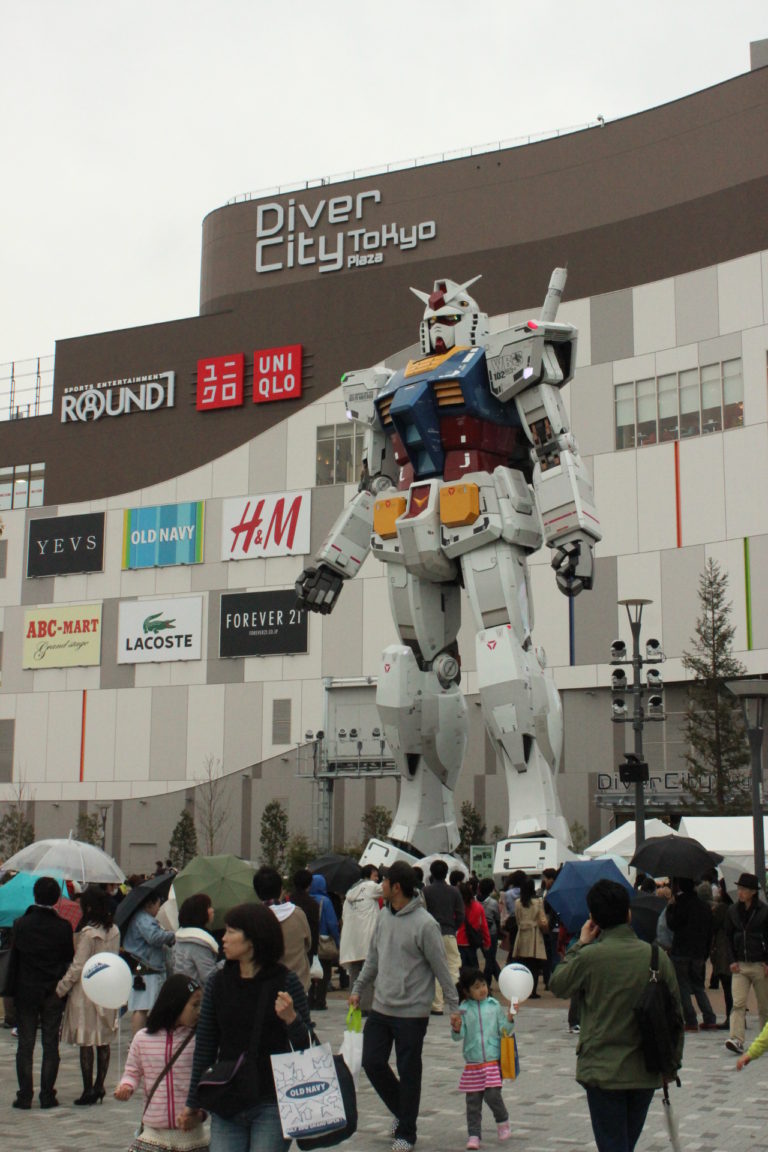 “Diver City Tokyo,” a new commercial complex in the Odaiba district on Tokyo’s waterfront, opened last spring. This huge figure of Gundam, the popular robot warrior of animated film fame, stands outside, promoting an entertainment facility called Gundam Front Tokyo. The complex will incorporate 154 stores and shops offering Japanese and foreign brand goods, the area’s largest food court, restaurants and other businesses, including outlets selling such “fast fashion” brands as UNIQLO, H&M, FOREVER 21 and others. From July, Japan’s first outlet for the Old Navy brand, a family-oriented store developed in the U.S. and Canada by The Gap group, is schedule to open in the complex.