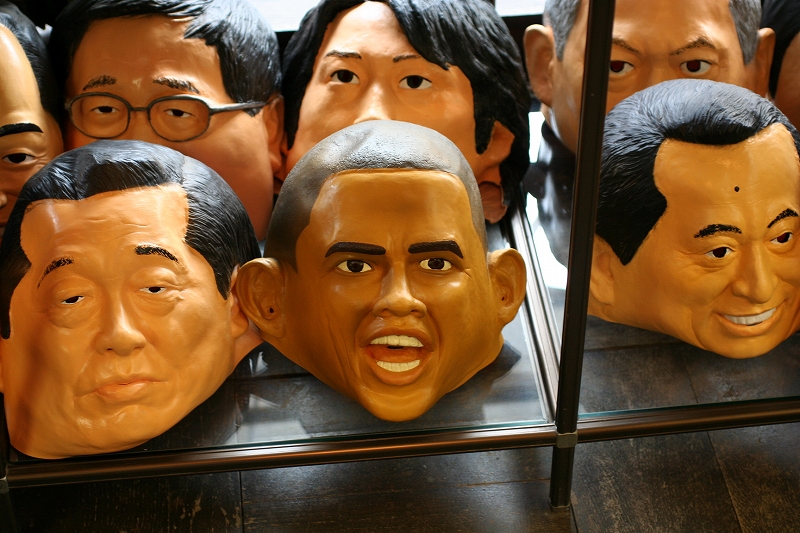 Located in the suburbs of Omiya, Saitama Prefecture, Ogawa Studio is a small brick building that resembles a stylish apartment building rather than a small manufacturer. Everything from the creating of the rubber to the packaging is all done on this premise.

Hirohisa Ogawa is the third generation president of this family business. Tracing the history of this small company reflects the trend and changes of small manufacturers in Japan. Originally, as Ogawa Rubber Co., Hirohisa’s grandfather garnered production skills and machinery to make latex balloons. As a forerunner, it was a prosperous business. But in the postwar period, the manufacturing of balloons became more widespread. In the 1960s, Hirohisa’s father made the decision to change the direction of the company and specialize only in producing rubber masks. “At that time, Japan was seen globally as a cheap, reliable source of manufacturing and we were approached by an American company to make these types of masks. We specialized in fulfilling their orders and our business was based on exports,” explained Ogawa. “However, by 1980s, the domestic market grew and cheaper manufacturing options were available in other countries. Our sales are now primarily made in Japan.”

Indeed, from the 1980s, party goods for adults became an expanding market in Japan. While party goods for children remain a small market compared to many countries, silly props for Japanese style “drinking parties” are still popular. General goods stores like LOFT and TOKYU HANDS are major outlets while the Don Quijote chain is the largest purveyors of Ogawa masks.

Ogawa Studio has a display of their past product lines. Prominently on display is the rack of Japanese prime ministers. “We sold more Barack Obama masks than the last seven prime Japanese prime ministers combined,” Ogawa comments with a wry smile. “It’s quite fun creating politician masks. We never have to pay licensing fees to make them so the investment is low. It takes about four days between a new appointment and our finished product. There is always media attention when we introduce our newest prime minister mask.”

Ogawa also makes masks based on famous animation and manga characters. Some are custom-ordered by cosplay (costume play) fans. There are trends but at Ogawa, Ultraman remains the best-seller character brand.

Indeed, the popularity of rubber masks does reflect certain cultural and social trends of the time. For example, last year there was a trend where an anonymous donor provided free schoolbags to orphanages signing his name as “Naoto Date,” the name of a professional wrestler in a famous animation called “Tiger Mask.” The media coverage of this action propelled a flurry of copycat donors across the nation. Many wore Tiger Mask costumes to bring cash or presents to orphanages and city offices. “We sold 10 times as many Tiger Mask products last year. There was even a rumor that I was the original donor,” Ogawa says chuckling. “Unfortunately our business is not that prosperous.” 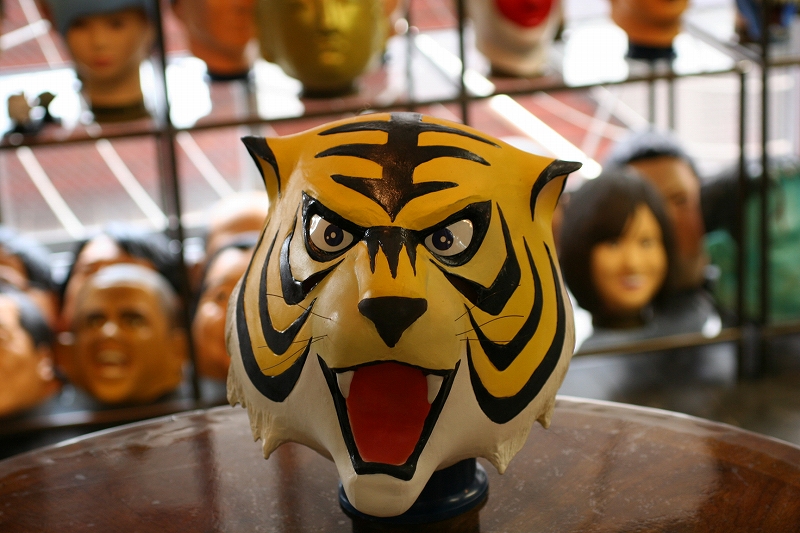 The bestseller remains predictable. The geisha, the samurai and the Buddha masks outsell most trends. Ogawa figured out that one increasing use of these products are by fans at international sporting events. He is introducing a new line of masks and wigs (not as hot and shows the wearer’s face) with a Japanese flag emblem drawn on. The chances are at this summer’s Olympic games, there will be Japanese fans in London cheering their athletes while wearing Ogawa masks. 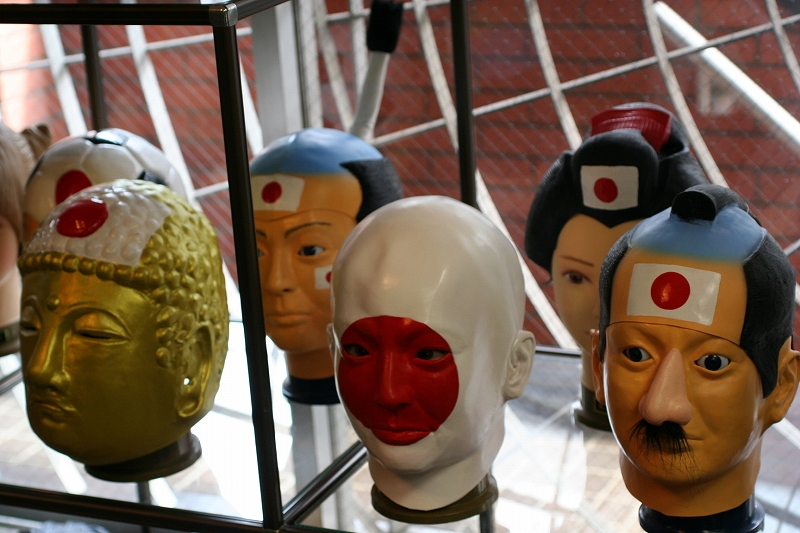 How a rubber mask is made:

(1) Since Ogawa has roots as a rubber manufacturer, it makes its own rubber from raw materials, using its own recipe to create thin, non-toxic and durable material for the masks. 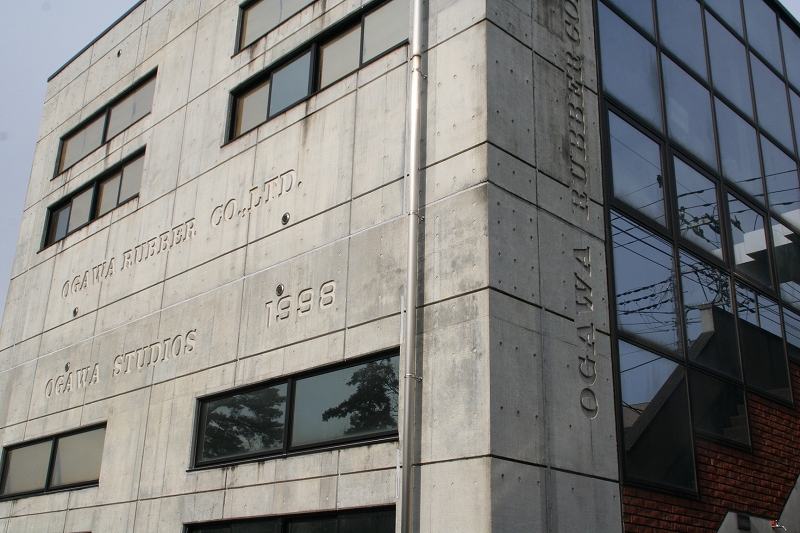 (2) Two designers are constantly at work creating new models from clay molds. Using photographs and drawings, they carefully mold the special facial features of that person or character. 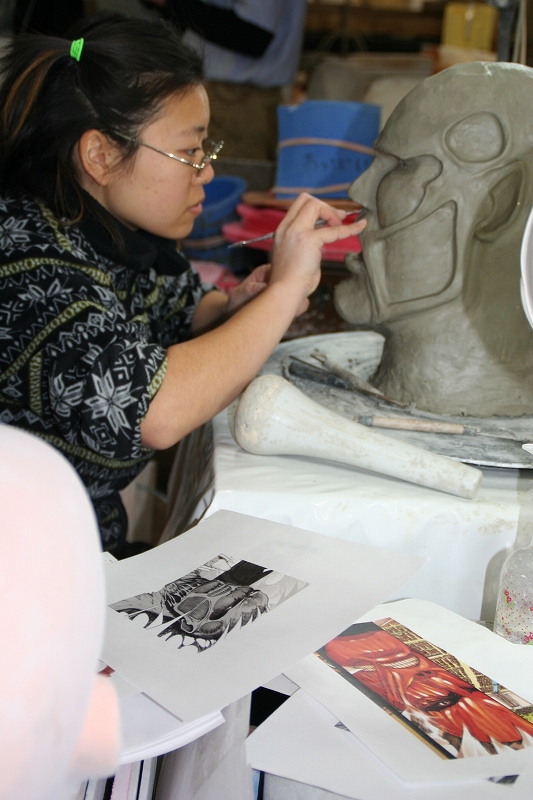 (3) The molds are created in multiples. Then hot liquid rubber mixture is poured onto the molds using a conveyor belt and then cooled. 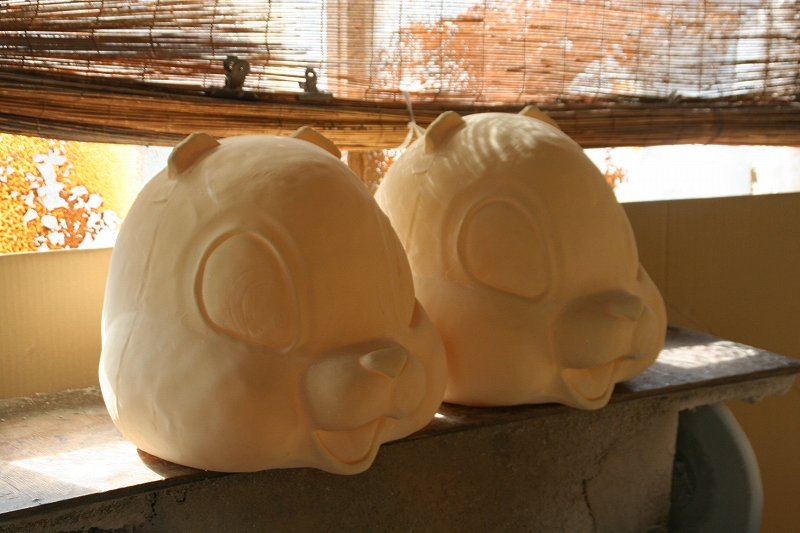 (4) The masks are taken off the molds and then colored by hand.

(5) Another worker then puts the finishing touches. 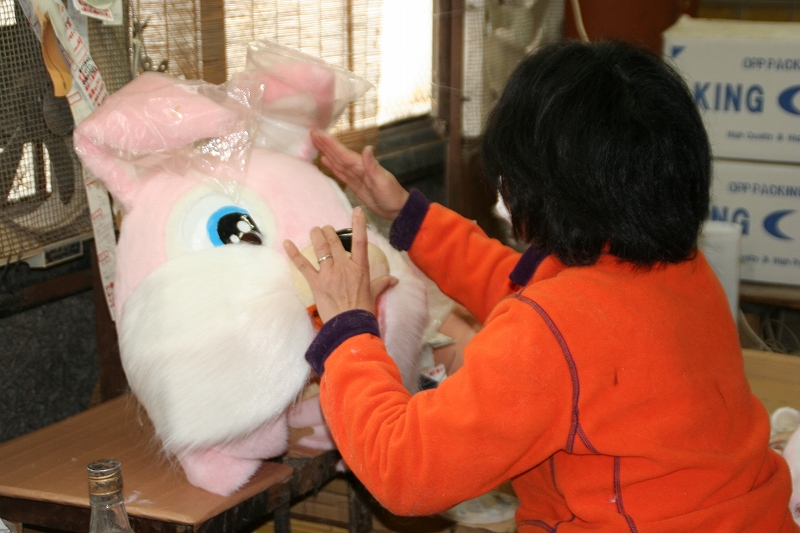 (6) Masks are packaged by hand and ready to be shipped.

Tours are free for groups of three or more on the condition that each participant purchase a mask which costs around 2,000 yen ($20).

Tours are about 40 minutes long, between 10 am to noon and from 1 pm to 5 pm on weekdays and the second and fourth Saturday of every month.