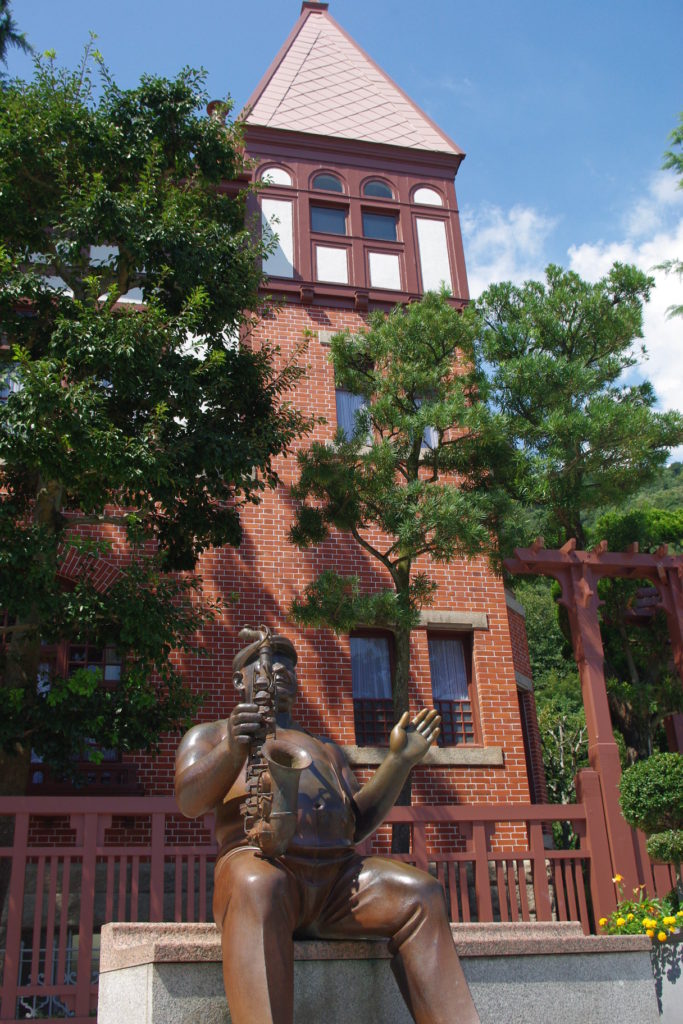 The streets, featuring stately rows of old western-style houses amidst the greenery, may seem a bit incongruous in Japan, and at first glance the neighborhood might even be mistaken for a recently built theme park. But these houses are the real thing. Referred to in Japan as “Ijinkan” (foreigners houses), they were constructed as residences for westerners from the mid 19th century from the “Bakumatsu” (late Edo era) to the Meiji and Taisho eras. Many such houses were constructed in the cities of Hakodate in Hokkaido, Yokohama in Kanagawa, Kobe in Hyogo and Nagasaki, but due to fires and natural calamities most of them have vanished. The one exception is Kobe, where some 40 houses remain. Nearly all of them were once foreign consuls in use by diplomats for offices or residents. Presently they serve as a window on the west, and they attract many sightseers from both within and outside of Japan.

In 1858, Japan’s ruling Tokugawa government concluded a Treaty of Amity and Commerce with the United States, and similar treaties with four European nations. Japan agreed to end over two centuries of self-imposed national isolation by opening five seaports to trade. The ports were Hakodate, Niigata, Yokohama, Kobe and Nagasaki. The treaties stipulated that foreign nationals would be confined to living in designated areas. The district in one such port, Kobe, was close to the seacoast. However, the facilities there did not proceed as planned, and foreigners began building their homes further inland, such as the slopes of Mt. Rokko, which we will be introducing here. The district is somewhat apart from Kobe’s central commercial and industrial zones, and was fortunately spared from air raids on Kobe during World War II. As such, the neighborhood preserves a rare view of upscale life in prewar Kobe.

A colonial style house (right) built by and continuously lived in by an Englishman. The houses on the left had previously been apartments occupied by foreigners but they have now been combined and are used as a tourist attraction, displaying French art and furnishings.

This was built in 1903 as the residence of U.S. consul general Hunter Sharp. It is presently called “Moegi no Yakata.”

This house was the residence of German businessman Gottfried Thomas. In the backdrop is an expansive view of the hills of Kobe. It is now known as “Kazamidori no Yakata.”

The “Rhine no Yakata,” built for Mr. and Mrs. J.R. Drewell of France in 1915. It was long occupied by a German but more recently it became property of Kobe City and was opened to the public.

This retro-styled bus serves the neighborhood.

The old Panamanian consulate. It now houses a café and restaurant.

The former Chinese consulate. Built in 1940. It reproduces the style of those times with displays of furnishings, ornaments, artworks and so on.

The Kitano Art Museum. It formerly housed the U.S. consulate and was rebuilt into a museum.

This building, open to the public in 1994, lets visitors encounter the history and culture of Austria. The Denmark house is located next door.

This house, with a pyramidal roof, was built in the Taisho era (1912-1926). It was utilized as the Netherlands consulate and is now open to the public as the “Oranda-kan” (Dutch House).