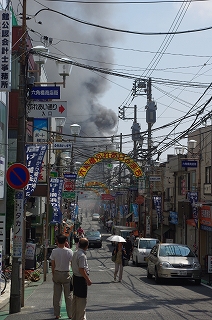 After a fire damaged several buildings at a shopping street in Yokohama last August, the cause was determined to be a cigarette lighter. Now more lighters are being designed as “CR” (child resistant), with a lockable two-step mechanism. Unfortunately children playing with lighters has been the source of many fires. Some 600 million disposable lighters are sold in Japan each year. To prevent mishaps that lead to fires, from September 27, 2011, manufacturers have been required to adopt a CR function, and sales of the so-called 100-yen disposable lighters not equipped with this function will be banned. A similar law went into force in the United States in 1994.