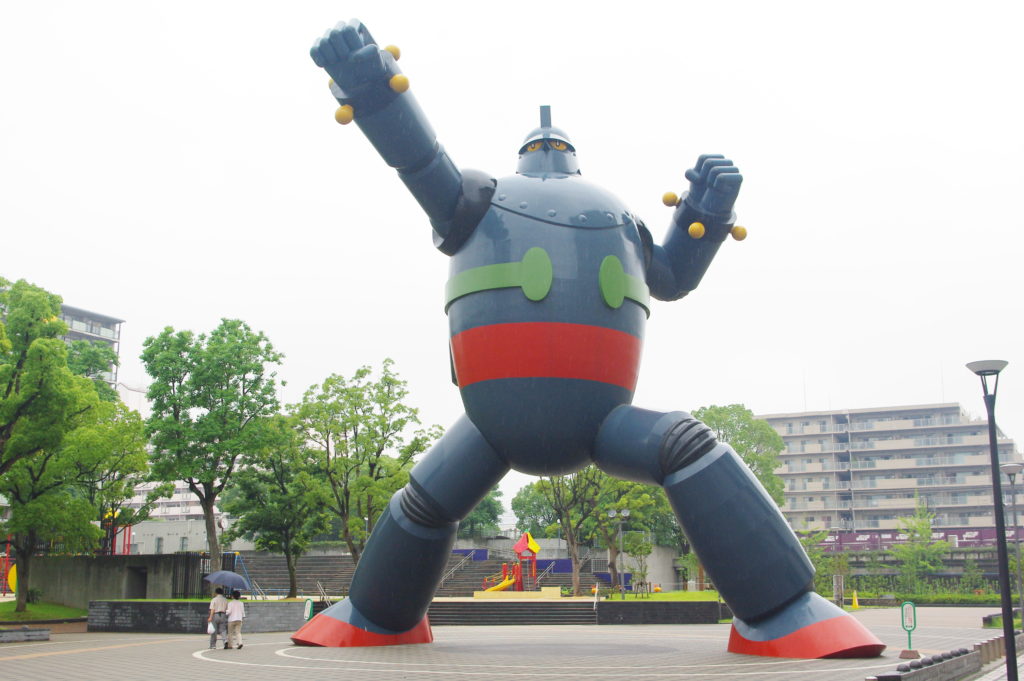 As a part of its overall efforts at recovery and revitalization from devastating the Great Hanshin-Awaji Earthquake that struck on January 17, 1995, a life-size, 15.6 meter-high monument of “Tetsujin No. 28” has been erected in Wakamatsu Park in Kobe City. Its exterior is made from weather-resistant steel plating, and it weighs approximately 50 tons. The total cost was 135 million yen, of which the city of Kobe provided about one-fourth, with the rest raised by donations from private citizens and businesses. Tetsujin No. 28 first appeared as a manga character in 1956. Now, he’s back, to wipe out crime and preserve the peace.