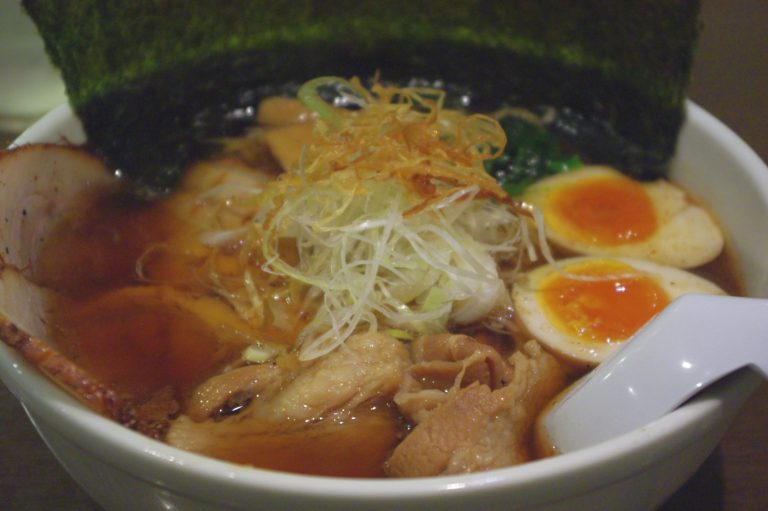 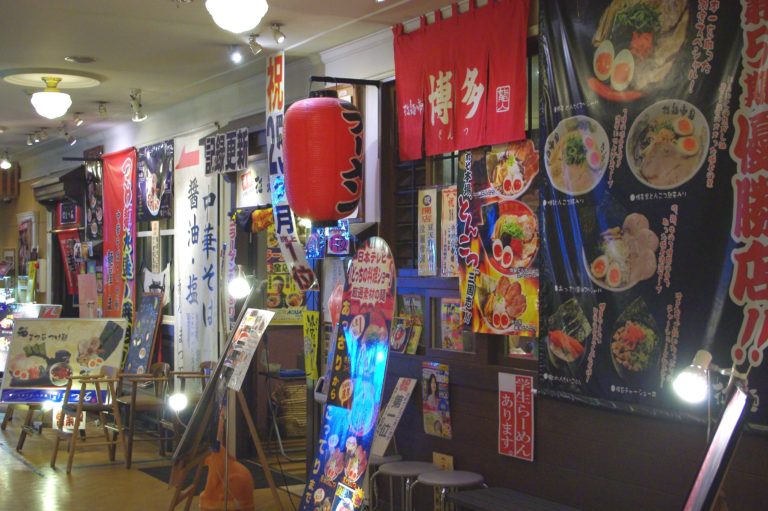 Ramen is a Japanese dish composed of Chinese-style noodles in a rich broth, topped with various condiments. Originally based on a similar Chinese dish introduced in the Taisho Era (1912-1926), it spread rapidly around Japan, and began to take on a distinctive Japanese style. Today in terms of popularity ramen could be said to rank as one of Japan’s “national dishes,” and has also been popularized in other Asian countries and in the West. Ramen “food parks” have sprung up around Japan. The dish shown in the photo was taken at the “Ramen Academy” in Saitama City. The “academy,” as it’s called, features five shops serving famous ramen styles from around the country. After a shop “graduates” from the academy, the space is opened to the next entrepreneur. As the competition is intense, the less successful shops may shut down earlier than planned, to make way for another vendor.