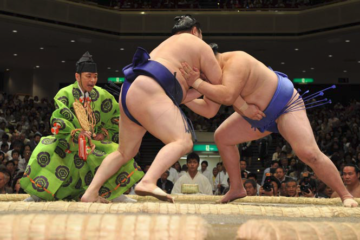 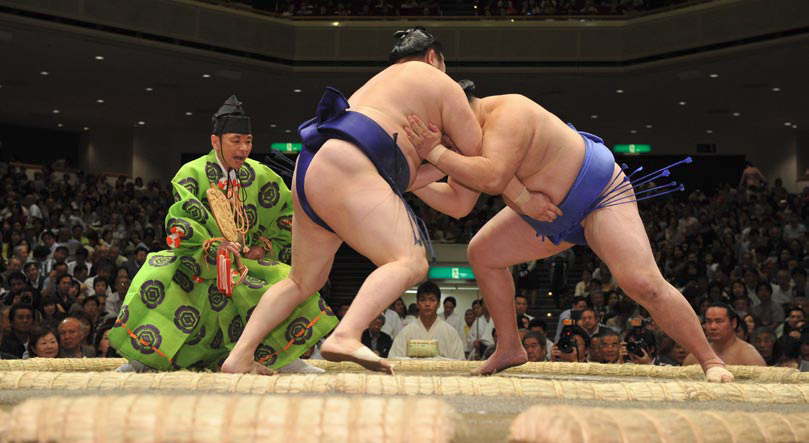 Sumo is Japan’s traditional sport in which two naked men with only a mawashi or silk belt tackle, push, budge, and throw each other on the wrestling ring known as the dohyo. A wrestler is declared the winner if he manages to force his opponent out the ring or make any part of the body other than the soles of his feet touch the ground. 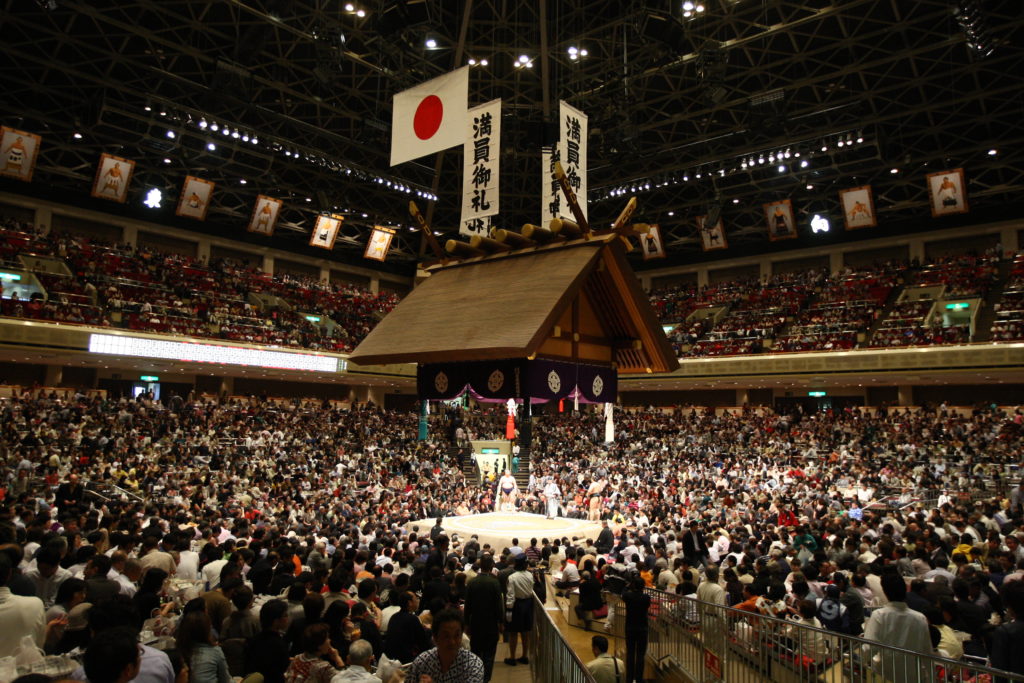 Sumo has deep-rooted origins dating back to the prehistoric times. Yet it has only evolved into the form known today a mere four centuries ago, during the Edo period (1603 to 1867).  As a result, the wrestlers pull their hair into a mage or top-knot, which was the common hairstyle during that era.

On the other hand the attire of the gyoji or referees has evolved slightly further than the hairstyle of wrestlers, but has been the same ever since the Meiji period (1868 to 1912).  The salt that is tossed by the wrestlers before each match is also a remnant of traditional Japanese customs, serving the purpose of purifying the sacred grounds. Ryogoku Kokugikan (Ryogoku Sumo Hall)

Sumo is oftentimes referred to as the national sport of Japan with its rich history laced with distinct tradition.  While there are currently many professional sports such as baseball and soccer, the oldest dating sport to exist in Japan is without a doubt, sumo.

Grand sumo tournaments known as Honbasho are held six times annually. These 15-day tournaments are held three times in Tokyo (January, May and September), and once in Osaka (March), Nagoya (July), and Fukuoka (November).Colorful nobori (banner) to cheer sumo wrestlers up

The rankings within the wrestlers are determined by their performance in each tournament. A wrestler must win more than 8 of the 15 total matches in order to ascend the ranking list, known as the banzuke. The banzuke is announced before the start of the each tournament, reflecting the scores from the tournament before.

In recent years sumo wrestling has become a tradition exclusive not only to the Japanese. Foreign wrestlers have made their way into the realm achieving great heights, with the current yokozuna being from Mongolia and ozeki from Bulgaria and Estonia.  Other foreign wrestlers include those from Russia, Georgia, Czech Republic, and Egypt.

Today sumo wrestlers from all different cultures and backgrounds clash skin-to-skin with their average weight of 150 kg (330 lb) to deliver powerful, dynamic matches to the audience unmatched by any other era. 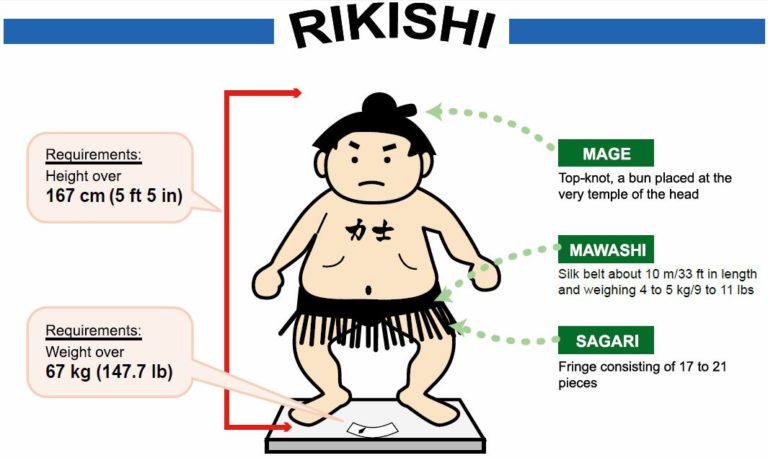 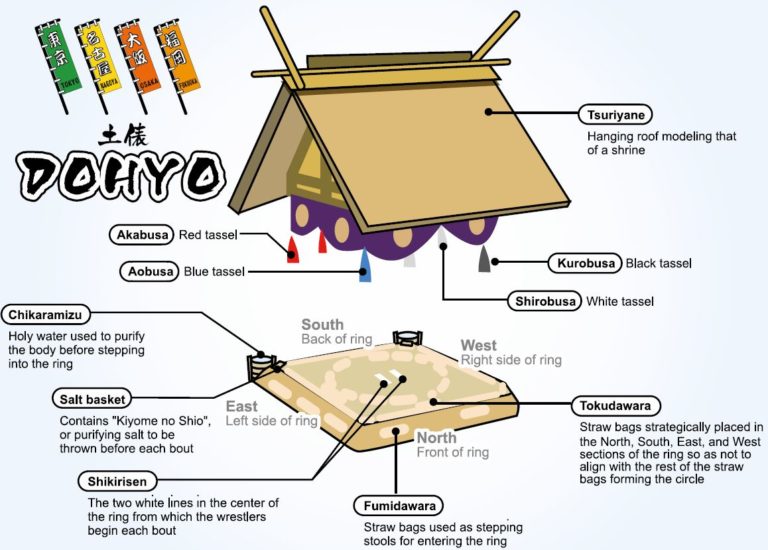 The chanko nabe refers to the meal mainly consumed by sumo wrestlers. Wrestlers often eat generous amounts of stew prepared in big pots in order to reach their fighting weight. Out of all of the different types of stews consumed by wrestlers, the chanko nabe consisting of various vegetables, tofu, and chunks of meat came to be widely acknowledged across Japan.

The chanko nabe is prepared in turns mostly by the wrestlers of the makushita division, who are still one division away from becoming full-fledged sumo wrestlers. Those who have longer experience in preparing the chanko nabe step up to the plate of chanko-cho, or chanko chief. The chanko-cho take on the crucial responsibility of directing their juniors with the mastery of chanko, ensuring the techniques be passed down to future generations as well. Because of this tradition, it is often said that those who cook well will not succeed as a sumo wrestler. This saying is not far-fetched, for in fact there have been some wrestlers who have decided to put their cooking skills to use and open their own restaurants after retiring.