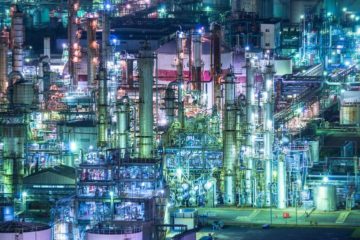 The Beauty of Inorganic Structures

The 1972 film “Solaris,” by the late Soviet director Andrei Tarkovsky showed scenes of a city of the future, the Tokyo Metropolitan Expressway. With its inorganic concrete, it evokes a futuristic imagery, as becomes evident on tours that go around to view it. Like chemical processing plants and other man-made creations, it has inspired publication of books of photographs, and bus tours have been organized to take in its “beauty.” Apparently times have changed from its image back in the 1960s and 1970s, when it was associated with traffic congestion and air pollution.