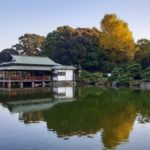 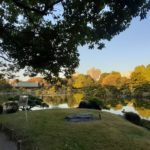 The main pond in the center of Kiyosumi Garden 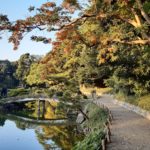 The path around the pond at Kiyosumi Garden