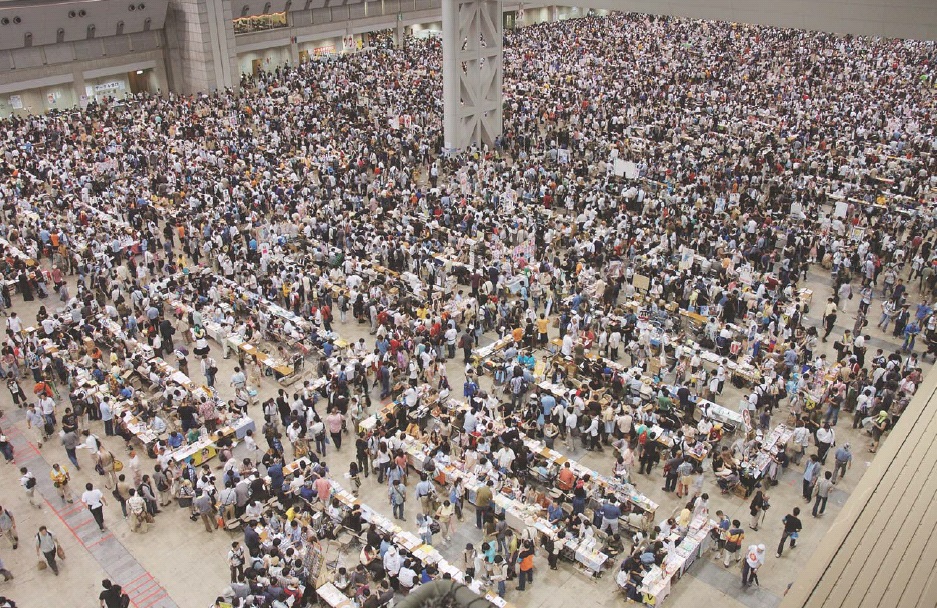 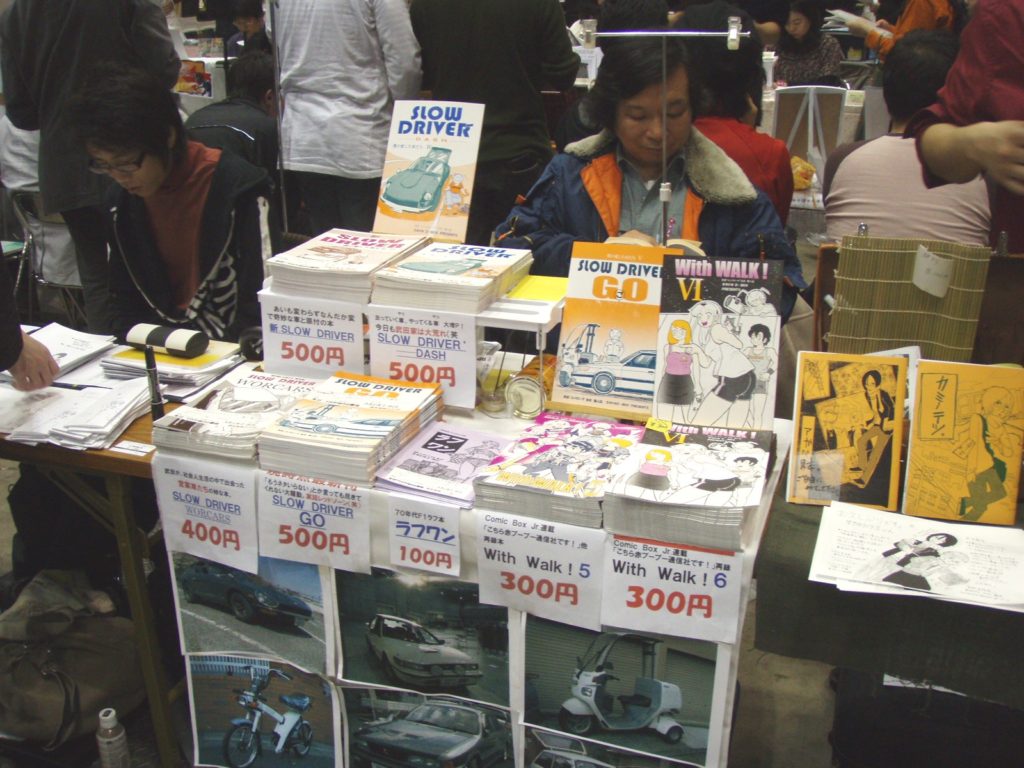 Japan has a number of events at which people sell their own publications. The largest of these is Comic Market — Comiket for Short — a comic book fair held twice a year in Tokyo. The Comiket held this past August was the 82nd since it was first held in December 1975. The scale of the fair is enormous, with 35,000 exhibitor booths, which attract more than 550,000 visitors over the three-day event. One surprising aspect is the large number of female visitors. According to the organizer, some 70% of the exhibitors are women, who also make up about 60% of the visitors. The average age of the exhibitors is around 29, with the visitors averaging two to three years younger. Long lines of visitors can be seen snaking around some of the most popular booths, which may sell as many as several thousand comics over the period. The booth fee is 8,500 yen ($106). But the entrance fee is free.