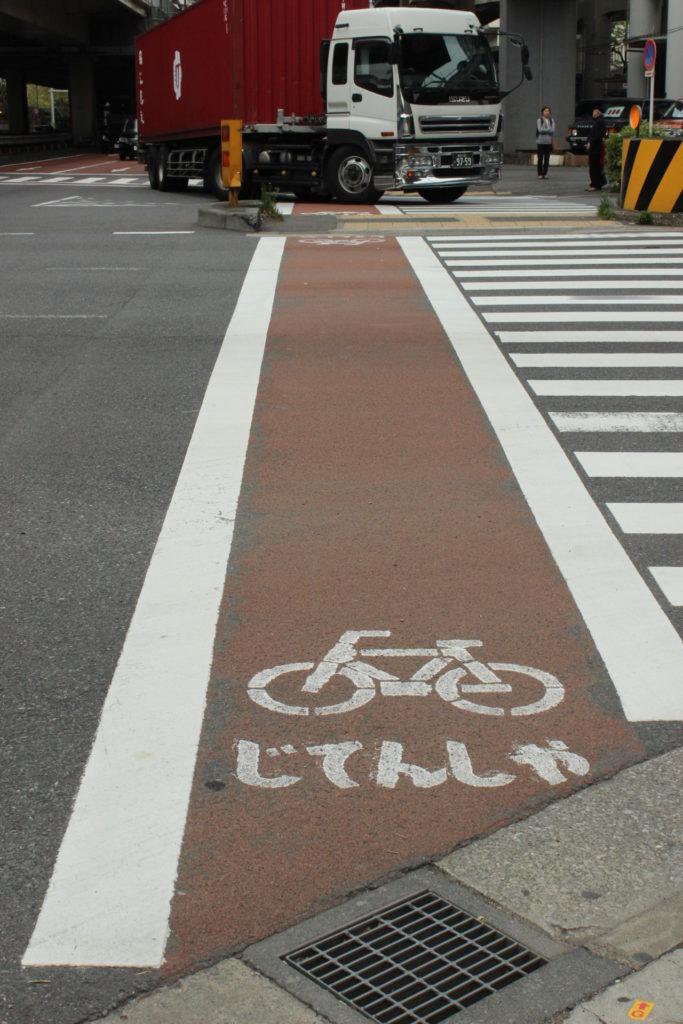 A cyclist navigation mark called “navi-mark” will be introduced for the first time around Shinagawa Station in Tokyo to indicate a lane where cyclists can ride in safety. The Tokyo Metropolitan Police Department will be placing the same mark on streets in other areas of the city. The mark, measuring 40cm wide by 4 meters in length, shows a bicycle and directional arrows indicated in white. In addition to being easy to see, it aims at encouraging cyclists to follow traffic regulations, such riding against the flow of the traffic. In recent years, accidents involving cyclists and pedestrians have been increasing, creating a major problem nationwide.