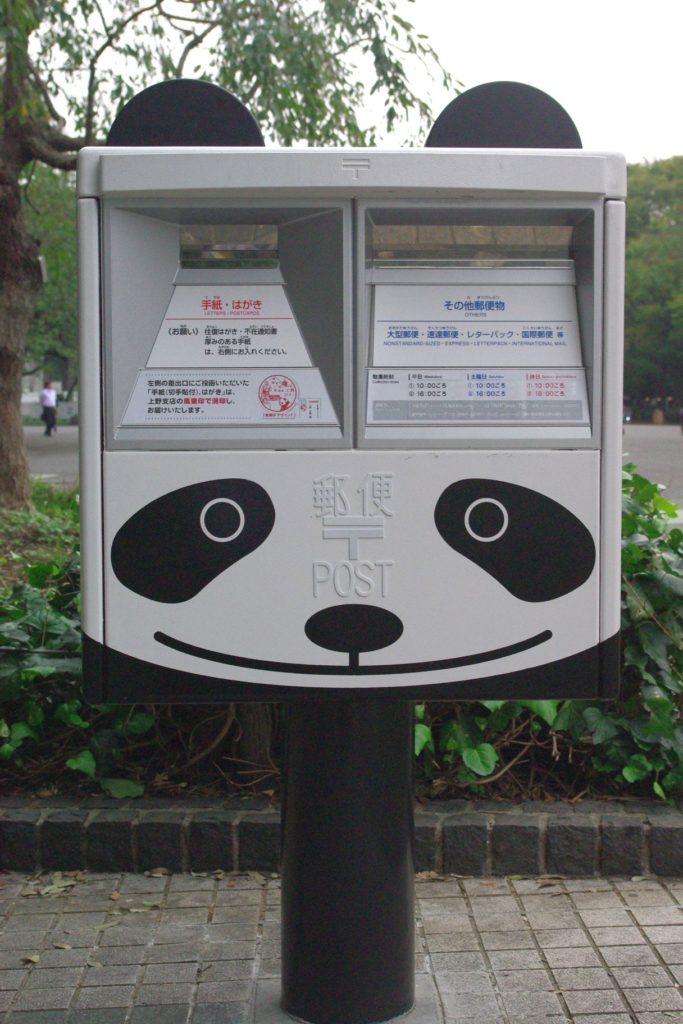 One of the most popular attractions in Tokyo’s Taito city is the giant panda exhibit in Ueno Zoo. Celebrating the arrival of its two newest inhabitants, named Ri Ri and Shin Shin, a specially adorned post box was set up by the zoo entrance. Any letters posted here will be marked with a special cancellation stamp “bearing” the image of a giant panda or of Takamori Saigo, a famous 19th century political figure whose statue is another prominent feature of Ueno Park. It is not surprising if people who love pandas use the box to mail letters to themselves.